GameStop, Artificial Intelligence, Social Media, and the Future of Investing

By Sameer S. Somal, CFA and Pablo A. Ruz Salmones

By now, everyone has seen the headlines. The revolution has started. GameStop’s stock price was suddenly, artificially sent soaring. A once-mighty videogame retailer whose prospects had been laid low by the transition to digital and streaming — as well as the global pandemic — experienced an out-of-nowhere jump in market value of tens of billions of dollars

That was weird enough, but the story behind it was even weirder.

An ad hoc army of amateur investors spurred the value spike. They had organized on the WallStreetBets forum on the social networking site Reddit in a bid to defy the shorting practices of several elite hedge funds. As a result, GameStop’s stock price crested higher than ever before, rising more than 1,700%, and the mighty hedge funds were caught in a short squeeze.

For better or worse, the little guy, or many, many little guys, had briefly beaten Wall Street at its own game. And GameStop wasn’t alone. The theater chain AMC and the old mobile phone outfit BlackBerry experienced stock price surges due to this kind of social media influence.

Many Small Voices, or a Really Big One

While the GameStop event was fueled primarily by the collective action of many, the voice of only one person, echoed by others, can have similar influence. For example, Elon Musk has more than 40 million Twitter followers and by adding “#bitcoin” to his Twitter bio and tweeting about dogecoin he has sparked cryptocurrency market events.

Whether influenced by one or many, the result is clear: Social media can drive today’s markets. Such incidents, combined with their capriciousness and unpredictability, have led to pushback from the financial establishment and calls for greater oversight of social media practices and businesses. Musk, for example, has drawn attention from financial authorities over what he claims were merely his offhand tweets. This is to be expected. When money is at stake, questions are bound to come up.

India introduced new rules for large tech and social media companies that require faster removal of content deemed “unlawful” by the government, easier ways to determine who posted it, and stricter direct oversight of streaming content. Regulatory initiatives in Australia and Europe have also sought to rein in social media companies. As a result, free speech advocates have raised concerns about censorship and inappropriate government control.

Much of this is simply due to the law of cause and effect. Tech and social networking giants have perhaps the largest user bases in the world. They have immense power, but neither they nor their users can flex that muscle without evoking a reaction. At times, social media can feel like a laissez-faire free-for-all. Indeed, part of the appeal of WallStreetBets is its foul-mouthed, anything-goes culture: If the mood strikes, its users can undermine ultra-wealthy hedge funds and upend market expectations.

And therein lies the problem. With social media, theoretically anyone can exercise the power that was not so long ago the privilege of the very few: to influence — or manipulate — opinion and get away with it. The recent testimony of top tech CEOs to the US Congress demonstrated the complete disconnect between the emerging powers of social media and their counterparts in government. Neither side understands the rules that govern the other.

Beyond the cause and effect is a rather complex question about balance. The scrutiny surrounding the social media giants is the established system’s reaction to their growing influence. The balance of power has shifted and with it the future of investing and social media.

The Forces behind Social Media: Algorithms, Artificial Intelligence, and Intensity

Who are the main players in this power shift? It’s not just governments and corporations. Right now, algorithms and artificial intelligence (AI) — and the people behind them — have far more influence than many realize. We might think we are playing the social media game, but in fact, the game might be playing us, whether we’re ultra-wealthy hedge funds or small-time investors on WallStreetBets. The question is how.

Changing minds and influencing behavior has always been the central purpose of media. Headlines are intended to grab our interest and spark emotions that will impact how we think and act. There is nothing necessarily morally wrong about this. It has always been how perceptions are shaped. Even the most unbiased article retains a trace of the author’s opinion. What is different now is that “machines” — in the form of AI and algorithms — have been introduced into the equation and operate at unprecedented scale.

Because AI learns from the data it receives and social media has such incredible reach, the effect on public opinion is enormous and instant. Within a few seconds, a message can be transmitted across the globe and generate a near-automatic user response. Public opinion is modified at scale, immediately.

Algorithms are sets of rules computers use to identify, categorize, and sort information and solve problems. Every social media platform applies them to address requests and determine which data — pictures, posts, videos, etc. — to serve its users. With their efficiency and ability to personalize content, algorithms increase audience engagement, which gives the tech companies behind them a competitive advantage.

Each social media platform’s algorithm is specifically tailored to its distinct needs. Each is designed to increase and maintain audience engagement. When something becomes popular on social networks, it becomes really popular. Whatever catches on, whether it’s a meme, song, or video clip, it will be suddenly everywhere. The algorithms recognize the increased engagement and reward it with even more attention and higher rankings. The WallStreetBets investors who propped up GameStop’s stock were extremely engaged, which provided the mass attention and thus the investment needed to influence the market.

The process is iterative. An algorithm performs the same function over and over again, and the accompanying AI system examines the results, and then perfects them based on the engagement criteria. After a few million tests, the algorithm becomes incredibly effective at creating engagement among the millions it reaches.

The psychological result of all is massive, unprecedented social proof, validation, and power, a revolution with a taste of victory.

How much people’s opinions are affected by the social proof phenomenon created by AI is not necessary to quantify. The effects are palpable everywhere, in politics, culture, and stocks.

Where Did the Revolution Start?

If social media algorithms and AI are designed to increase and intensify user engagement, then how much responsibility do those users bear for market disruptions and other turmoil fueled by social media?

Tech companies rarely reveal how their algorithms and AI systems work. Reddit’s algorithm might have accelerated the GameStop phenomenon because of its popularity. But many people facilitated that initial push. An algorithm could hardly have predicted the life the GameStop story would take on or the expansive media coverage.

Indeed, algorithms and AI do more for tech and social media companies than just generate user engagement. They also provide plausible deniability. Whenever a problem develops, firms lay the blame on some mysterious technological aspect of their business — a black box — promise to make adjustments, and wait for the problem to blow over.

These companies don’t explain that unintended outcomes are inherent in these systems, that as human creations, every algorithm and AI can be designed with unintentional and unknown prejudices, assumptions, and blind spots embedded within them.

Education and Transparency in an AI Future

This opaque, black box effect can create confusion and resentment. We know we are influenced by social media but don’t quite know how. Few of us understand how AI and social media work. As much as the GameStop story represented a populist backlash against Wall Street elites and a revolution in the financial markets, it remains an anomaly, the inner workings and implications of which are hard to grasp let alone harness.

All this can serve to erode our trust in tech, AI, and social media and create more cynicism about the markets. This trust crisis may not be solvable, but it can be addressed through education and transparency.

Public knowledge and awareness about AI’s functions and flaws is fundamental to the new, automated, AI-driven world. Too often, our view of AI isn’t far removed from science fiction. But if the general public had at least a basic understanding of AI, it would be better equipped to respond to AI failures and controversies, whether through calls for reasonable reforms or demands for change. Education is just the first step.

Transparency is the second imperative. Tech companies have user bases and financial assets that exceed the populations and budgets of many countries. They must show a good faith effort to dispense with secrecy and be forthright with the public in the wake of major social media-influenced events.

The same holds true for the regulators and the networks themselves. They must have policies and people in place to foster transparency and open communication. All this will be difficult do achieve. Currently the situation is almost the exact opposite.

And the ramifications for the world of finance are obvious. As GameStop demonstrates, the current structure can lead to opinion bubbles that affect a business’s market value, though not necessarily its fundamentals. Nothing changed about the video game retailer for its stock price to rise. GameStop’s fundamental business model remained selling physical copies of video games in a world of digital downloads. The social media–fueled push did not return the company to profitability. Investors must remember that there is an end to all this. There always is.

How the revolution ends is a different story.

GameStop’s stock price recently rose again. Instead of a Reddit mob, the explanation this time was a leadership change and updated business model involving digital sales and new technology. Might this also have been driven by an opinion amplified by the social proof phenomenon?

The future of AI, social media, and finance — of the technology-driven world — should be a promising one, full of automated conveniences and greater freedom. But to realize this outcome, our technological future must prioritize people. And real people don’t fit conveniently into the boxes of an algorithm.

It all begins with someone’s voice. As GameStop demonstrated, when that voice gathers support and is amplified by two of the most powerful tools the world has ever seen — AI and social media — it is a recipe for change.

What happened with GameStop was a taste of freedom and power, a small revolution with a taste of victory. For whom — or what? That remains to be seen. 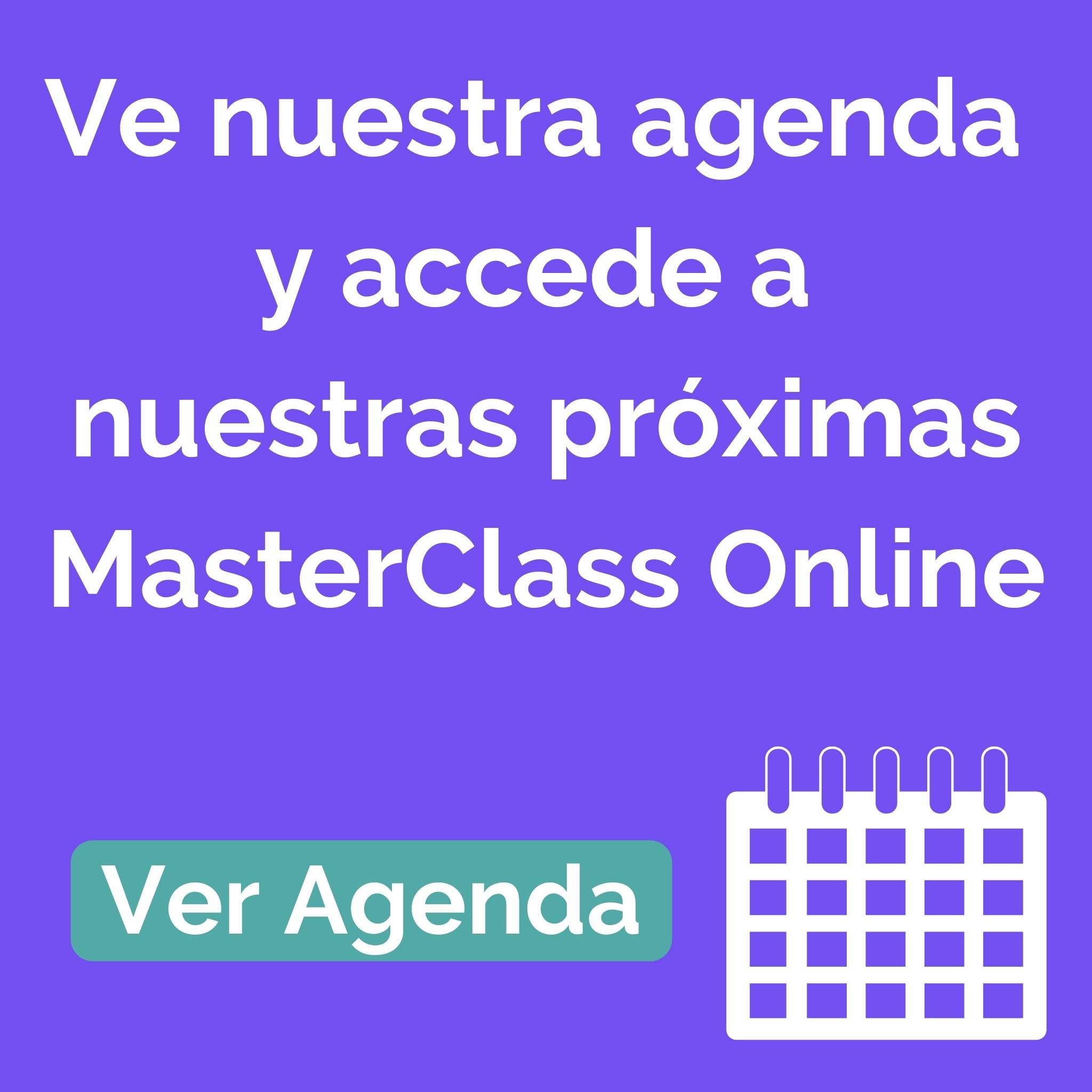